Entries for the second City of London orienteering race, next Saturday, are rocketing. We have over 10% more pre-entries last year, and the regular-rate entries have now closed (late entries are open until next Wednesday.)

What’s interesting about the entry this year is the demographics have shifted somewhat. 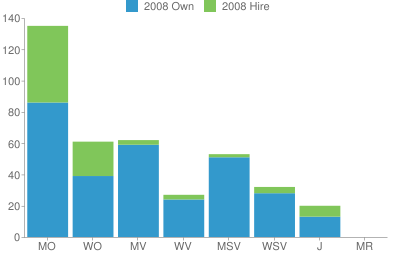 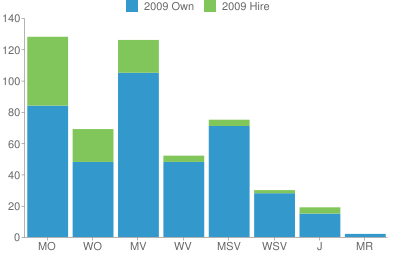 The open classes are roughly the same as last year – it’s Men’s and Women’s Vets (MV/WV) and the Men’s Super Vets (MSV) that have shot up in terms of entry numbers – and there’s a lot more “new to orienteering” entrants – rougly corresponding to the green parts of the bars – in these categories.

In terms of international entries, we have roughly the same proportion as last year – about 7%. The proportion of beginners (effectively those that haven’t bought their own SI cards) has dropped slightly from 23% to 18%.

The map and courses are being tweaked and polished, before going off to the printers early next week. The courses I’ve seen so far (I’m not the planner this year) look superb. All set for hopefully another thrilling race!